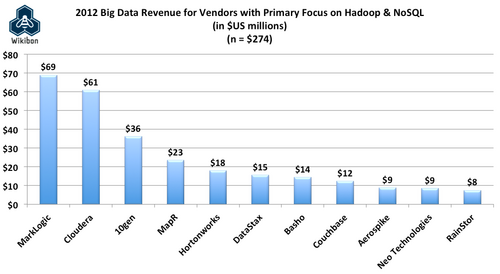 The hype surrounding Big Data, which showed no signs of abating in 2012, now has big dollars backing it up. Factory revenue generated by the sale of Big Data-related hardware, software and services took a major step forward in 2012, growing by 59% over 2011(a).

To save your eyes, in the inner circle: 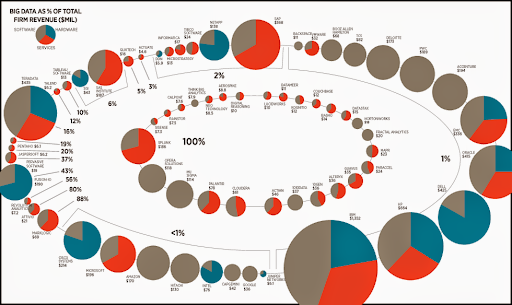